About Christ the King

All Are Welcome at Christ the King

Christ the King is a caring Community made up of individuals who love God, each other and those God gives us to care for. No one is a stranger at Christ the King. We welcome all our brothers and sisters in Christ, regardless of race, gender, economic status, marital status or age. We firmly believe that God’s grace is for all of God’s people.

Our Beginnings in Mooresville 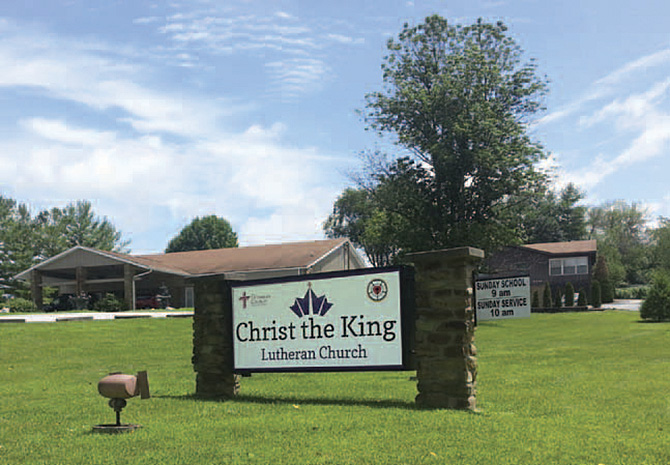 In August of 2013, to fulfill a need for a Lutheran congregation in Mooresville, Christ the King began holding services at the American Legion Post on Main Street in Mooresville. The American Legion was very supportive of our Lutheran Mission and helped us greatly as we got our start. In November of 2015, we were able to purchase a building at 6845 East Old State Road 144. Our new location has allowed us to grow and to better serve our community.

We gather weekly to celebrate God’s Word and the Sacrament of Holy communion and to hear and experience God’s creative and redeeming love for the world.

We look forward to seeing you there! 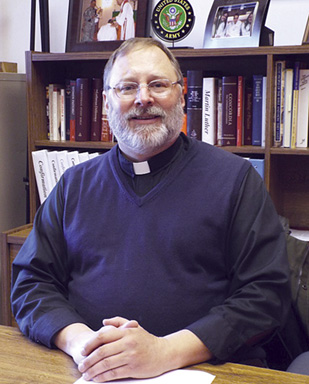 Pastor Ebb was born and raised in Iowa where he attended St. Paul’s Lutheran Church in Eldora. He was very active in his youth group and spent his summers attending Lutheran Bible Camps, eventually serving as a camp counselor. His love of music led him to participate in a number of musical groups, which performed in many churches. During his senior year of high school his family moved to Wisconsin where his father took a job as chaplain at a maximum security prison. He continued his involvement in church and singing.

Upon graduating from high school, Pastor Ebb enlisted in the Army and spent the next four years as a chaplain’s assistant in the 82nd Airborne Division at Fort Bragg, North Carolina. Following his enlistment he returned to Wisconsin and attended Carthage College in Kenosha, where he received his Bachelor’s degree in music. He remained in the military as a member of the 84th Division, United States Army Reserve, where he eventually received his commission as a Second Lieutenant from the Wisconsin Military Academy. Following his graduation from college he spent one year at Fort Knox, Kentucky, where he attended the US Army’s Armor Officer Basic Course.

In 1986 Pastor Ebb was hired by the Boy Scouts of America where he worked as a district executive in southeast Wisconsin. This gave him experience in working with volunteer groups, coordinating resources with corporations and in fund raising.

In 1993 he enrolled in the Masters of Divinity program at Concordia Theological Seminary in Fort Wayne, Indiana. During his seminary training he completed two years of residency in hospital chaplaincy through the Clinical Pastoral Education program at Lutheran Hospital in Fort Wayne.

Following his graduation from seminary, Pastor Ebb was ordained and served for four and a half years as pastor at a small rural church in northwest Ohio. Pastor Ebb continued his military duties in the Indiana Army National Guard as a chaplain and in 2004 was mobilized for duty in Bosnia as part of the stabilization forces. Following his tour of duty there he was immediately sent to Afghanistan for six months. In 2006 he was again sent to Afghanistan where he was the base chaplain at Bagram Air Field, coordinating services for a variety of faith groups. In 2007 he returned to Indiana and became the post chaplain at Camp Atterbury south of Indianapolis. He served there for five and a half years coordinating ministry to soldiers deploying to and returning from overseas missions.

Pastor Ebb has continued pursuing his love of music. On each deployment he organized and directed volunteer choirs and taught beginning guitar. He conducted adult confirmation classes and was honored to be able to baptize two soldiers and confirm three others.